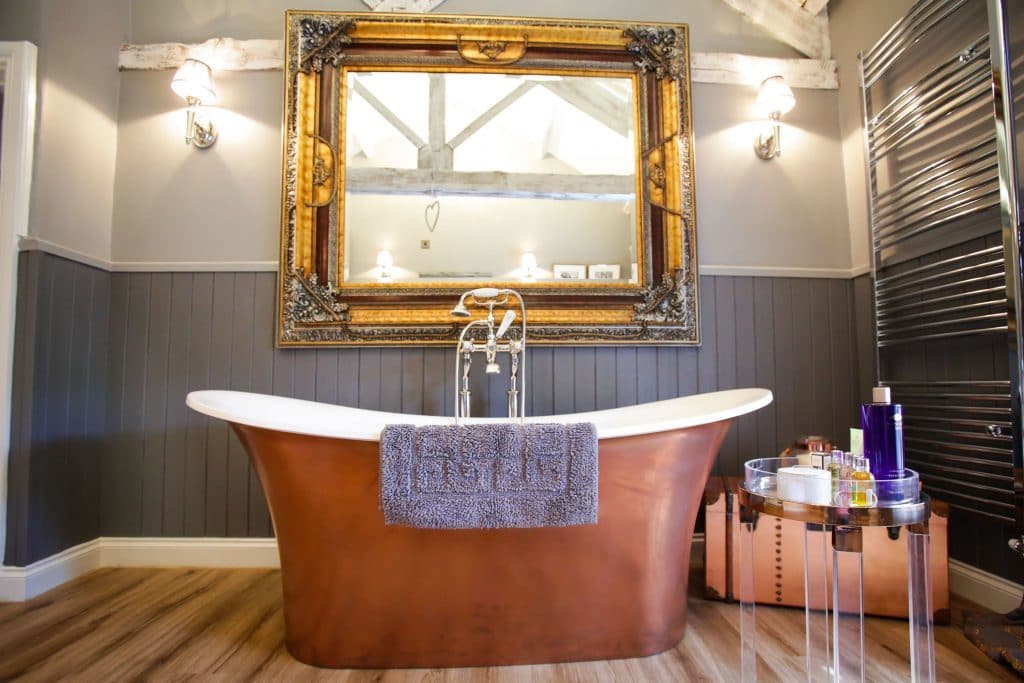 This cottage in Wensleydale has been transformed into one of the Dales’ most glamorous holiday lets.

It’s rare to find comfort and glamour co-habiting, which is why this holiday cottage in East Witton gets such rave reviews. It looks a million dollars but feels relaxed and cosy. The clue to what lies behind the door is in the property’s new name, Boutique 39, which suggests that it is far from rustic and twee. Sacrificing a bedroom to create this big, sumptuous bathroom was worthwhile as it is a big hit with guests One guest recently described the interior as “Notting Hill comes to the Dales”, although co-owner Corey Pattinson prefers “laid-back glamour”. He and his partner, Paul Morris, bought the cottage just over two years ago after a major life change, which saw them move from Leeds to Wensleydale and launch their holiday property business, Manor House Cottages.

The journey began when Paul inherited his mother’s cottage in Richmond. “It had a lot of sentimental value, so I didn’t want to sell it,” he says. “I was wondering what to do when Corey said he thought he could do something amazing with it and I told him to go ahead. The house was lovely but the look was very much ‘retirement chic.’”

Brave use of colour has paid off as this deep yellow is both cosy and bright The couple were well equipped to tackle the project. Paul is a chartered surveyor and development director of a commercial property firm, while Corey has a talent for design and previously ran a furniture restoration business. “We are both very different but we complement each other. I’m a surveyor so I am good on the building side of things and Corey has vision and is incredibly creative,” says Paul.

Updating the Richmond property and renting it through holiday let specialists Gorgeous Cottages was a big success. It also prompted the couple to move from the city to the country. “It all happened very suddenly,” says Paul. “We loved being in the country and so we bought ourselves a second home in Middleham. We came up at weekends but found we didn’t want to go back to our house in Leeds, so it’s now our main home.” The sitting room transformed with a glamourous scheme Keen to build a small portfolio of holiday properties, they were thrilled when they spotted the cottage for sale in sought-after East Witton. With quaint, historic houses set around a village green, it abuts open countryside and is home to popular pub and restaurant the Blue Lion. The two-up, two-down with a galley kitchen was cold, damp and in need of complete renovation and that gave Paul and Corey a chance to rethink the layout and explore the possibility of extending. They managed to get planning permission for a double-height rear extension, which gave them another bedroom and allowed them to create a large kitchen dining room. The extra square footage offered up the possibility of three bedrooms and one bathroom, but Corey and Paul decided to give their guests the luxury of space and opted for two bedrooms and two bathrooms.

Boutique 39 in East Witton holiday cottage in the Yorkshire dales

First, they had to tackle the fabric of the old building, which was damp. They cured it with Freezteq, a transfusion damp-proofing system. Frozen sticks of damp-proofing fluid are inserted into the wall. They melt and the fluid spreads across the brick or stonework, creating a damp-proof barrier. The property was also insulated inside to make it more energy-efficient and this meant boarding some of the walls. “To preserve the character, we asked the plasterer to make the surface uneven, which was a big challenge as he was so used to making everything look smooth,” says Paul. As the building work progressed, Corey was busy planning the interior design and sourcing furniture and furnishings. His starting point was “a good dose of glamour”, a mix of old and new and plenty of texture and colour. “I did a storyboard for every room. I wanted it to be more than a home from home. I wanted guests to walk in and say ‘wow,”, he says. It is now the phrase most uttered as the front door opens on to a sensational sitting room painted in mustard yellow. It was inspired by photographs of a New York apartment, which Corey spotted in World of Interiors magazine. Corey isn’t afraid of colour and his clever use of it has led to a sensational interior A wood-burning stove, “squashy” fabric sofas from Barker & Stonehouse and reupholstered antique chairs add “hygge”.

The kitchen and dining area is equally stunning and equipped with everything from a range cooker and food processor to a wine cooler and even a NutriBullet. Upstairs, the bedrooms are painted in shades of grey and decorated in the style of French boudoirs with a Louis XIV-style bed and armoires, plus French linen bedding from Soak and Sleep. A free-standing copper bath, walk-in monsoon shower and a mirror TV make the new bathroom a real show-stopper. The original bathroom is now a wet room with a washbasin on the deep window sill, which was Corey’s space-saving idea. Guests often comment on the curtains and blinds made by the Fabric Gallery using Designers Guild, Osborne & Little, Voyage and Romo prints. “We spent £10,000 on soft furnishings alone but they make all the difference,” says Corey. The walls of the cottage reflect the couple’s love of art. They feature work by their favourite artists, including Richmond-based Lucy Pittaway and Middleham’s Gayle Dieudonne. Corey’s collection of vintage French Vogue magazines provided the inspiration for Gayle’s painting, which hangs above one of the beds. “It’s based on one of my favourite photographs from a 1920s Vogue and Gayle has replicated it beautifully,” he says. To make sure the property stays pristine, Corey manages, cleans and maintains it with help from his parents, while Yorkshire-based Gorgeous Cottages takes care of the marketing and booking. The couple are also putting the finishing touches to their latest project, a “multi-generational” home near Bedale, which will accommodate them and Corey’s parents. “After that we’ll turn our Middleham House into a let, which will give us three holiday cottages,” says Paul. “I think we’ll stick because we don’t want to let the quality slip.” 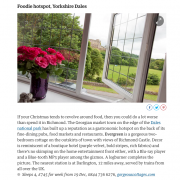 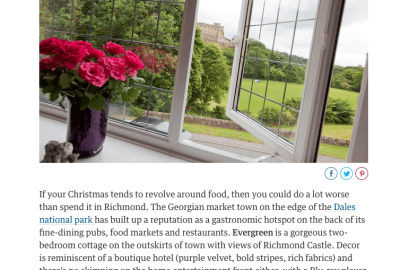 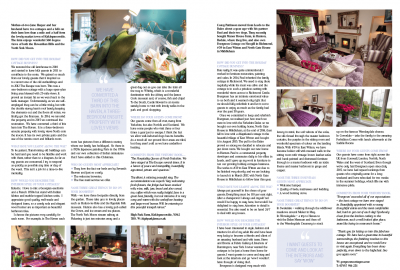 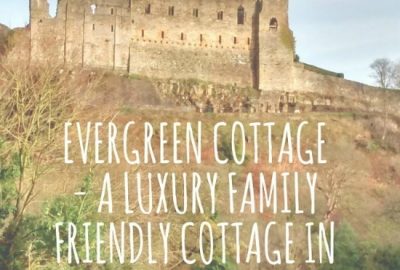 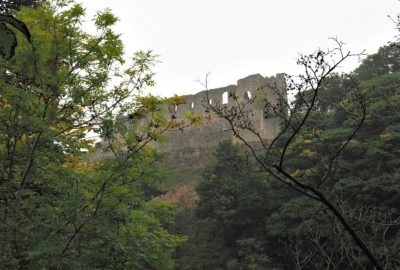 Kat Got The Cream

An autumnal weekend in Richmond The other weekend, we took a little staycation in the beautiful North Yorkshire market town of Richmond. It’s under an…